N’table became more stable and reliable; a multitude of secondary improvements have been conducted aimed at increasing usability and better performance of the program.

Nope, „N‘table“ is neither a special board with N guests around, nor a famous athlete from Zimbabwe… Rather, it is a user-friendly tabulating tool with the following characteristics:

Our tool is Excel-based. This means: a highly familiar environment, all of the Excel functions and formulas are at your service. No need for tedious learning – just install and tabulate!

N’table is created for “mere mortals,” not for computer geeks! Our user-friendly wizards enable you to efficiently tabulate without learning a single line of code.

Compatible with most codebook formats or creates its own codebook directly out of an SPSS data file. Gathers and (re)tabulates the questions quickly and by the bundle.

Our tool provides for the simple production of cross-breaks of any number and complexity. Upon export, a uniquely formatted table, which facilitates a subsequent charting, is created.

Our software is intuitive, based on WYSIWYG-principle and can be learned within hours. If you are already familiar with Excel – you are on the right path to mastering N’table! Do you want to risk a glance? 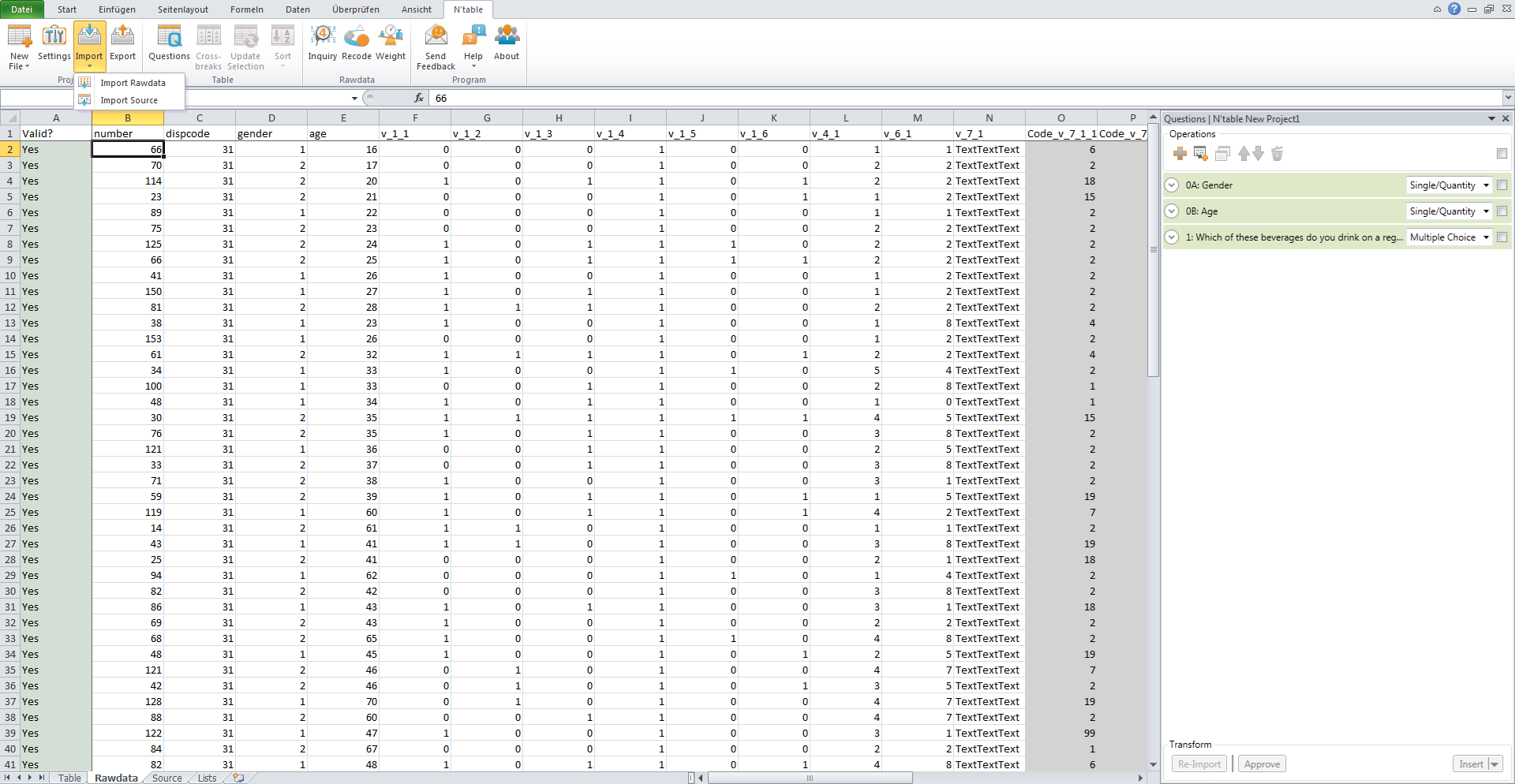 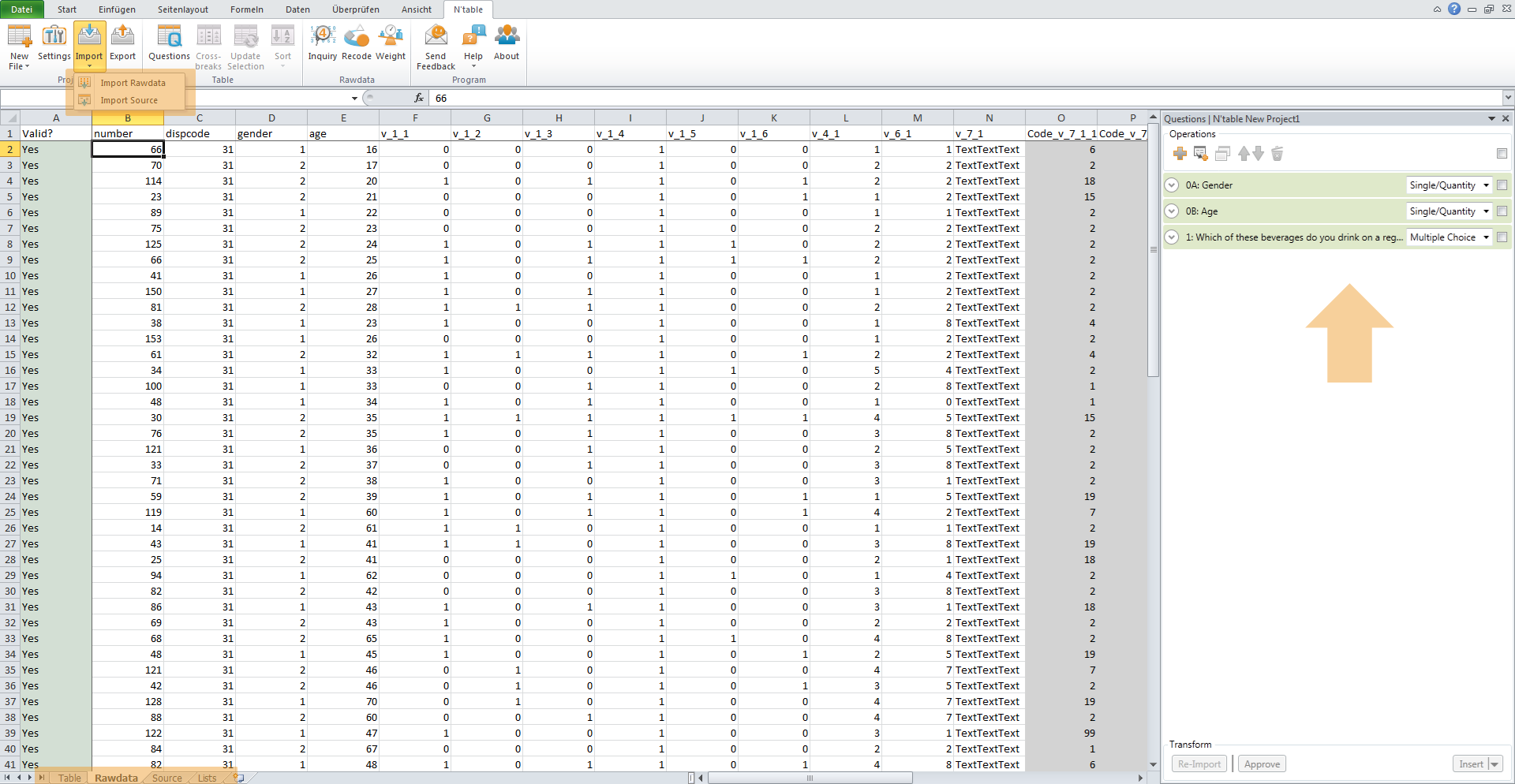 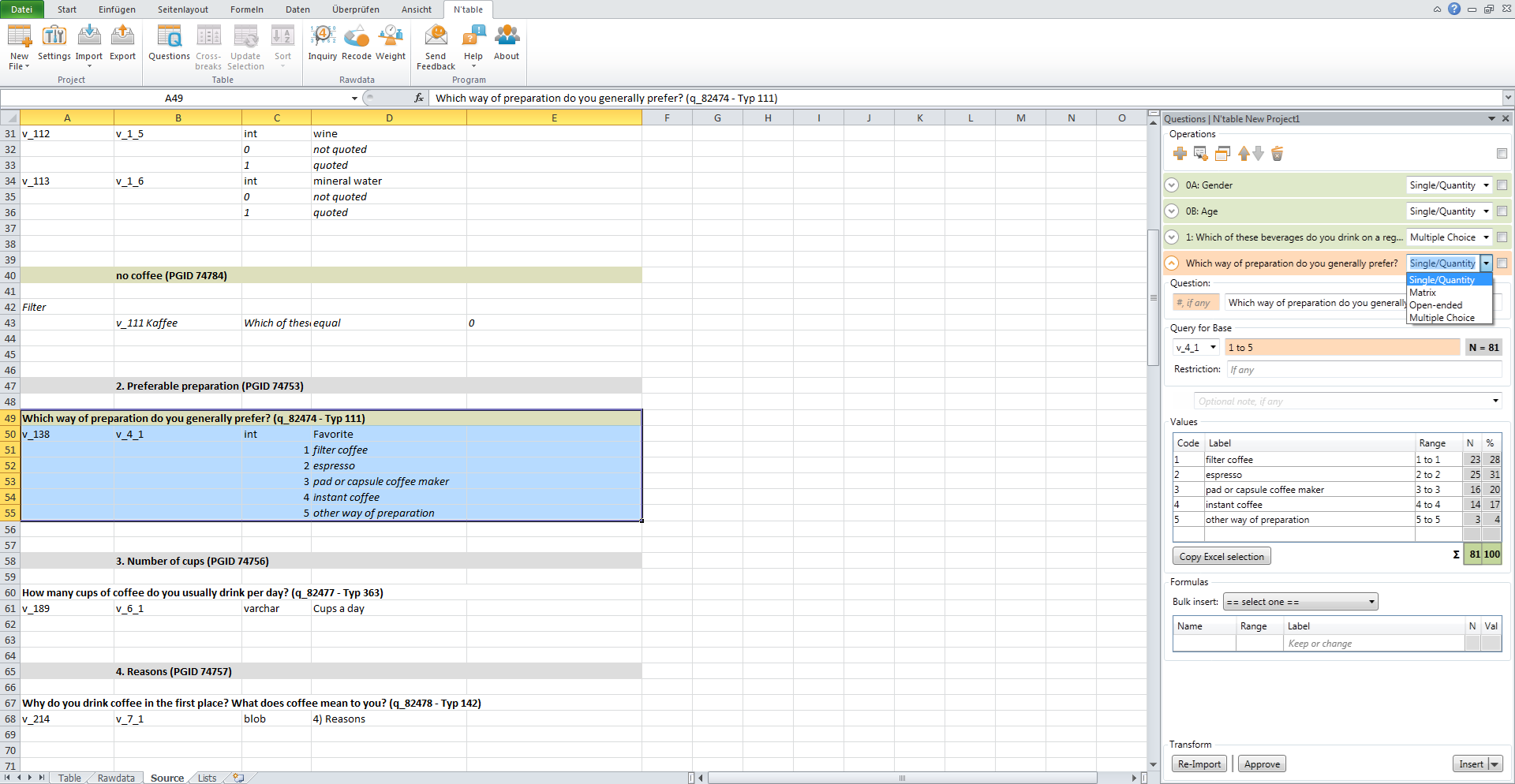 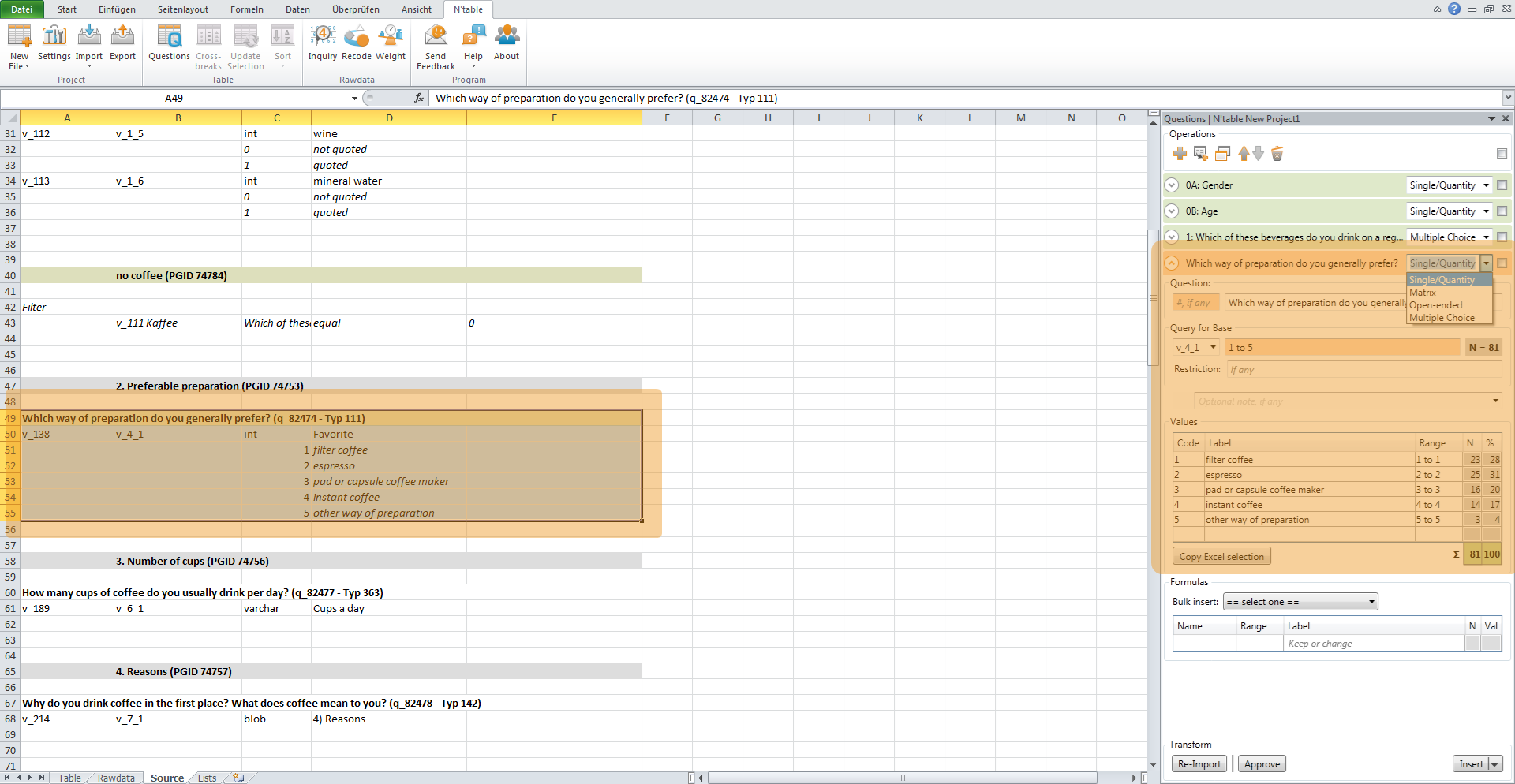 2. One-click-import of selected data from codebook into the question wizard. Automated detection of question type, base, codes and immediate calculation of values. 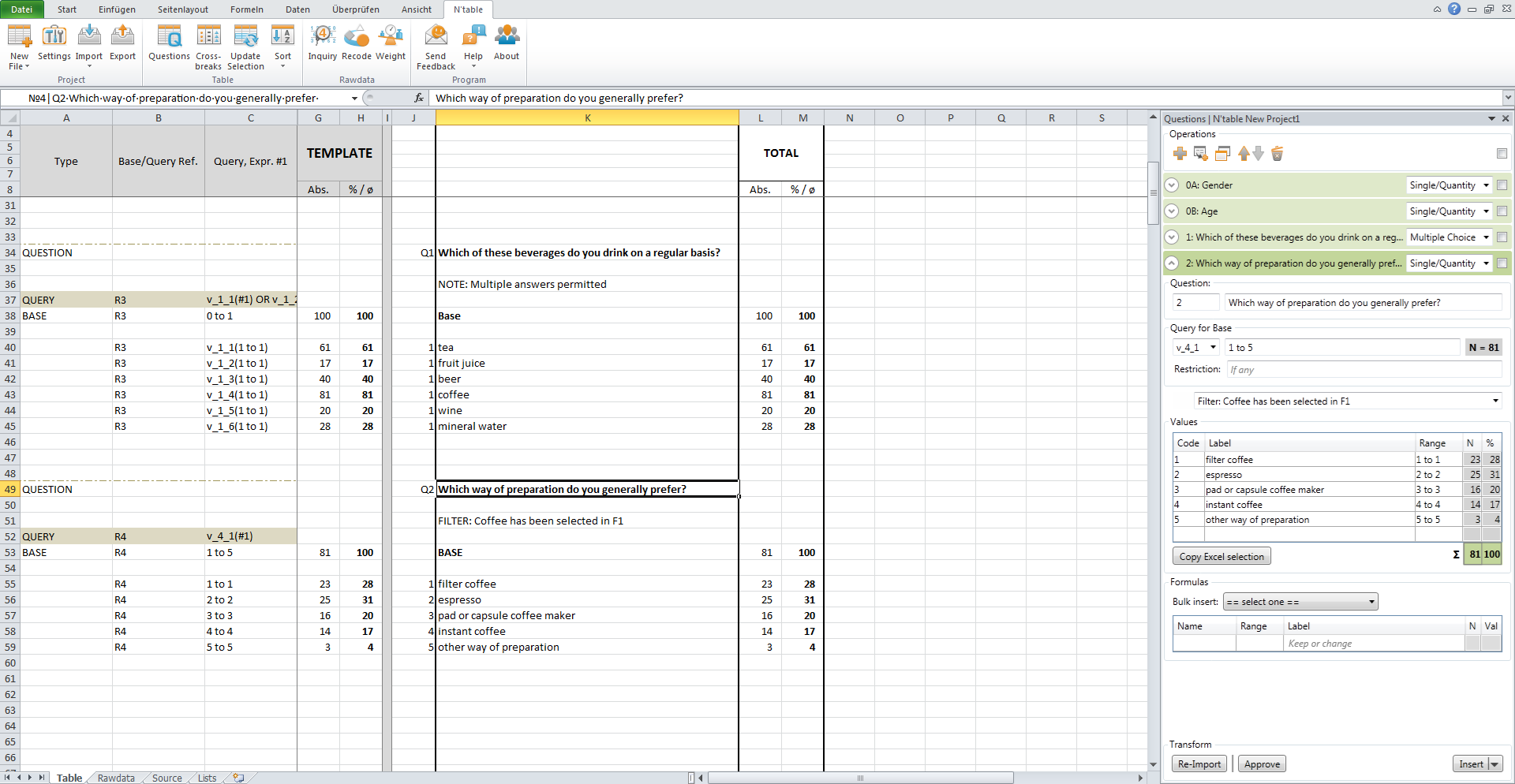 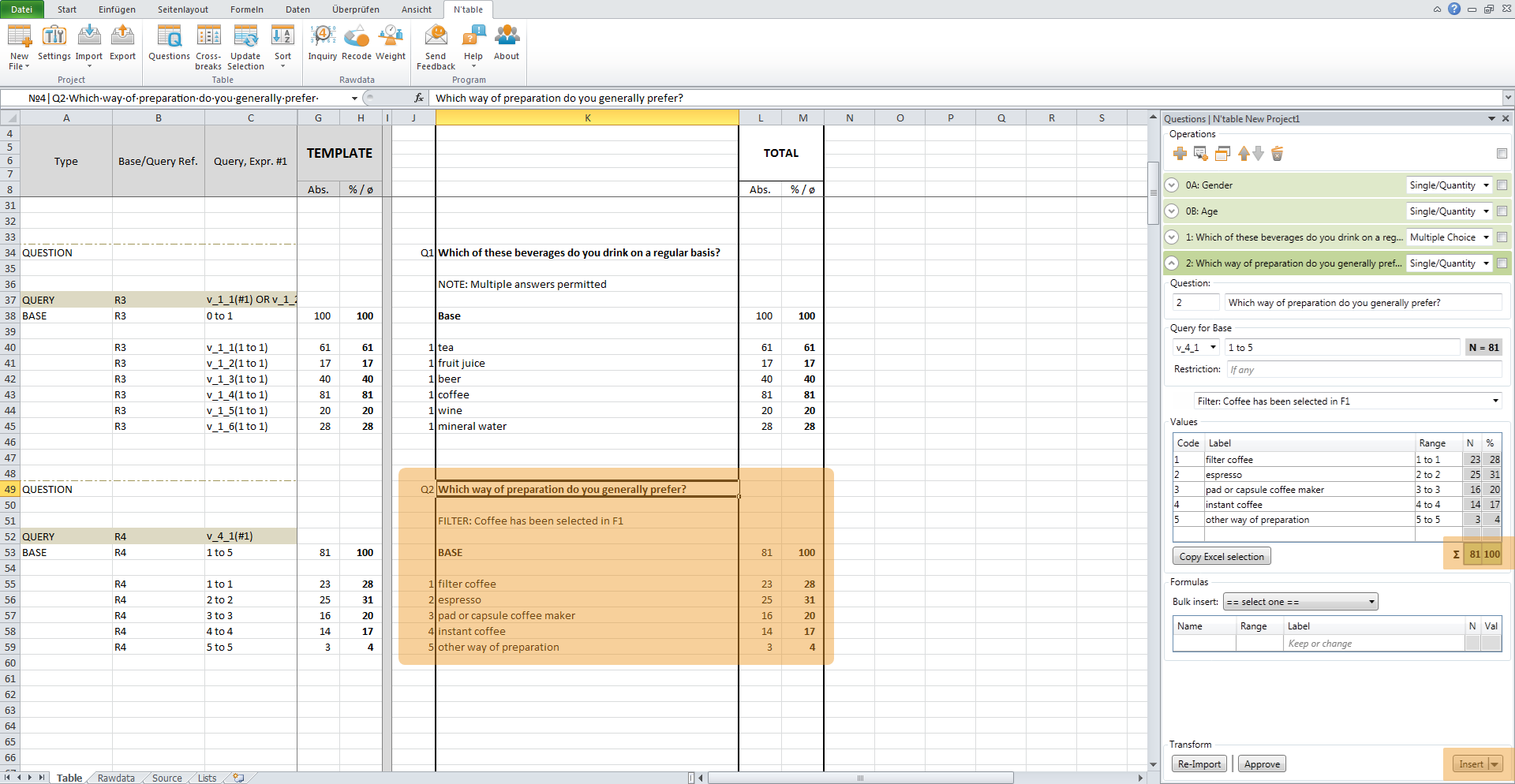 3. One of our integrated data checks will inform you if value distribution goes wrong. One-click-tabulations via Insert button. 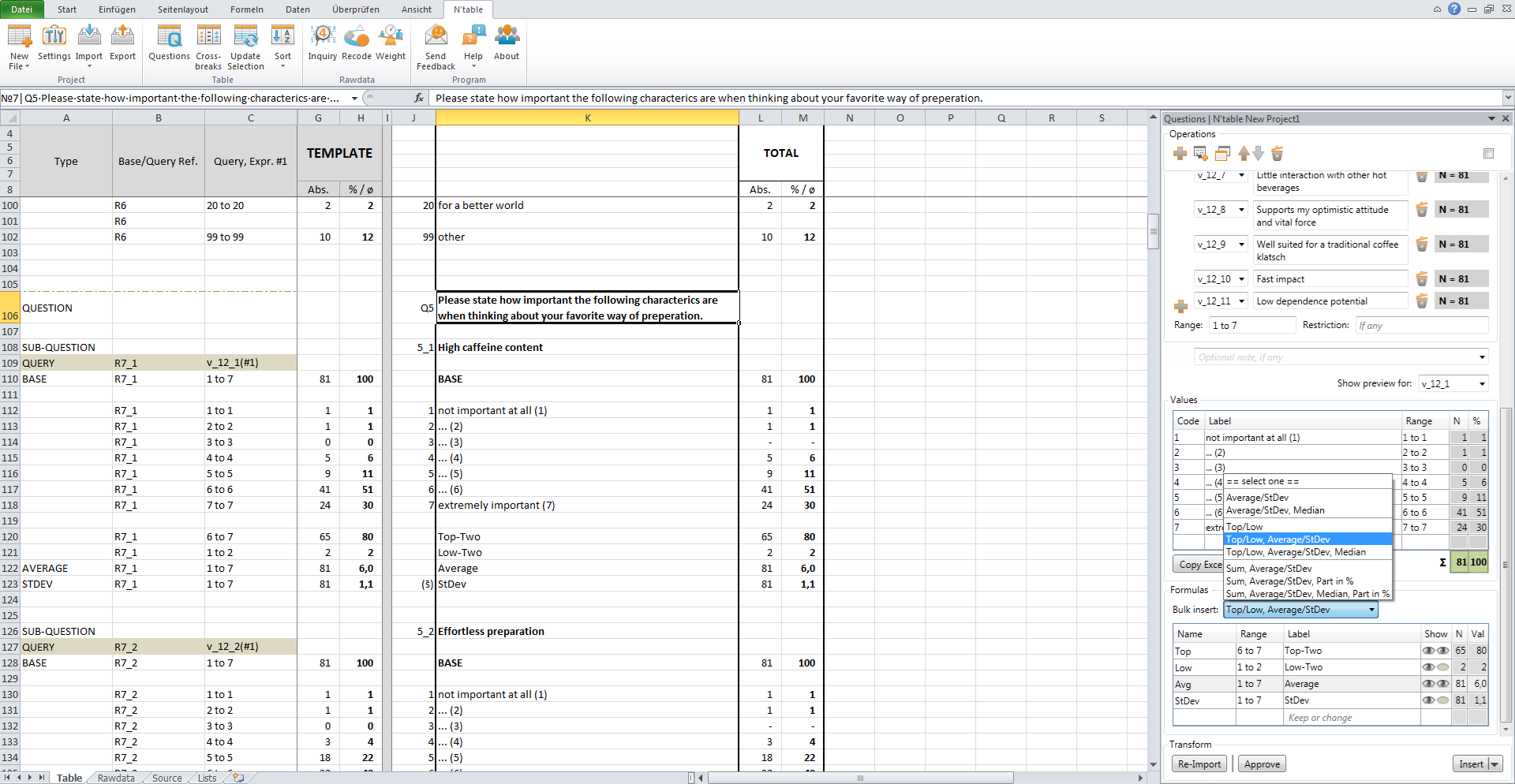 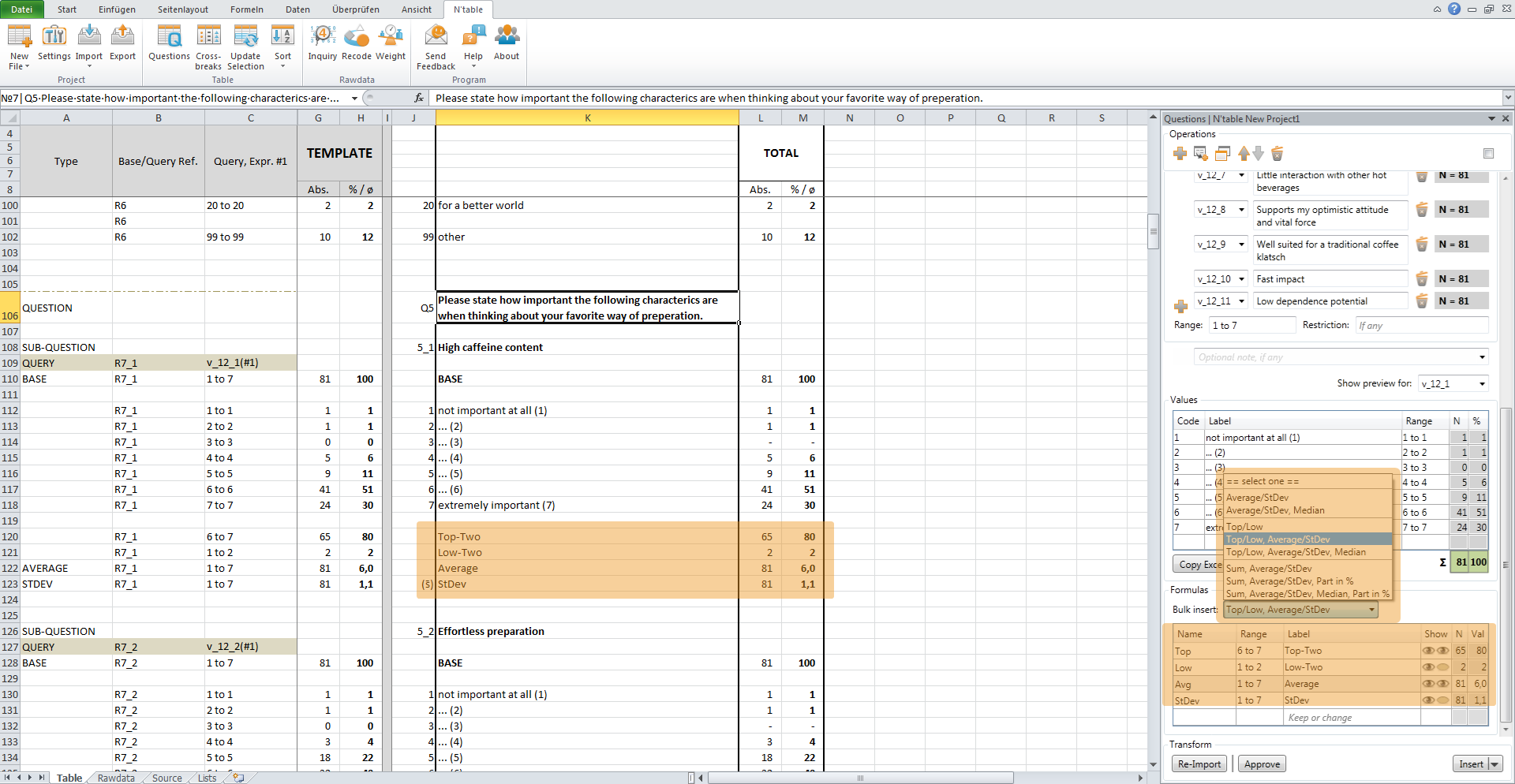 4. Instant tabulation of matrix questions in a single operation. The calculation of top- and low-boxes, mean, median, etc... is also available in bundles. Optional overview of each parameter. 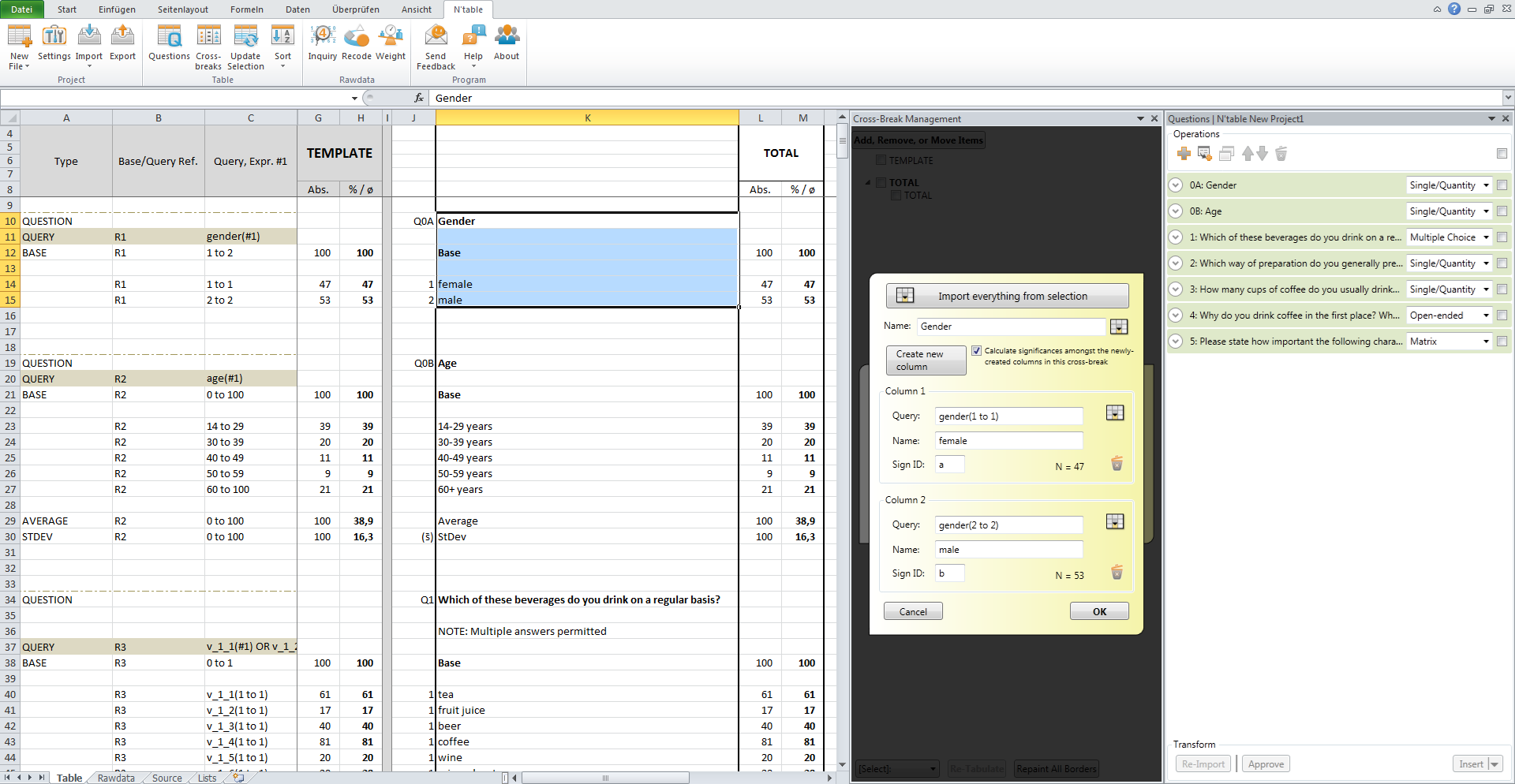 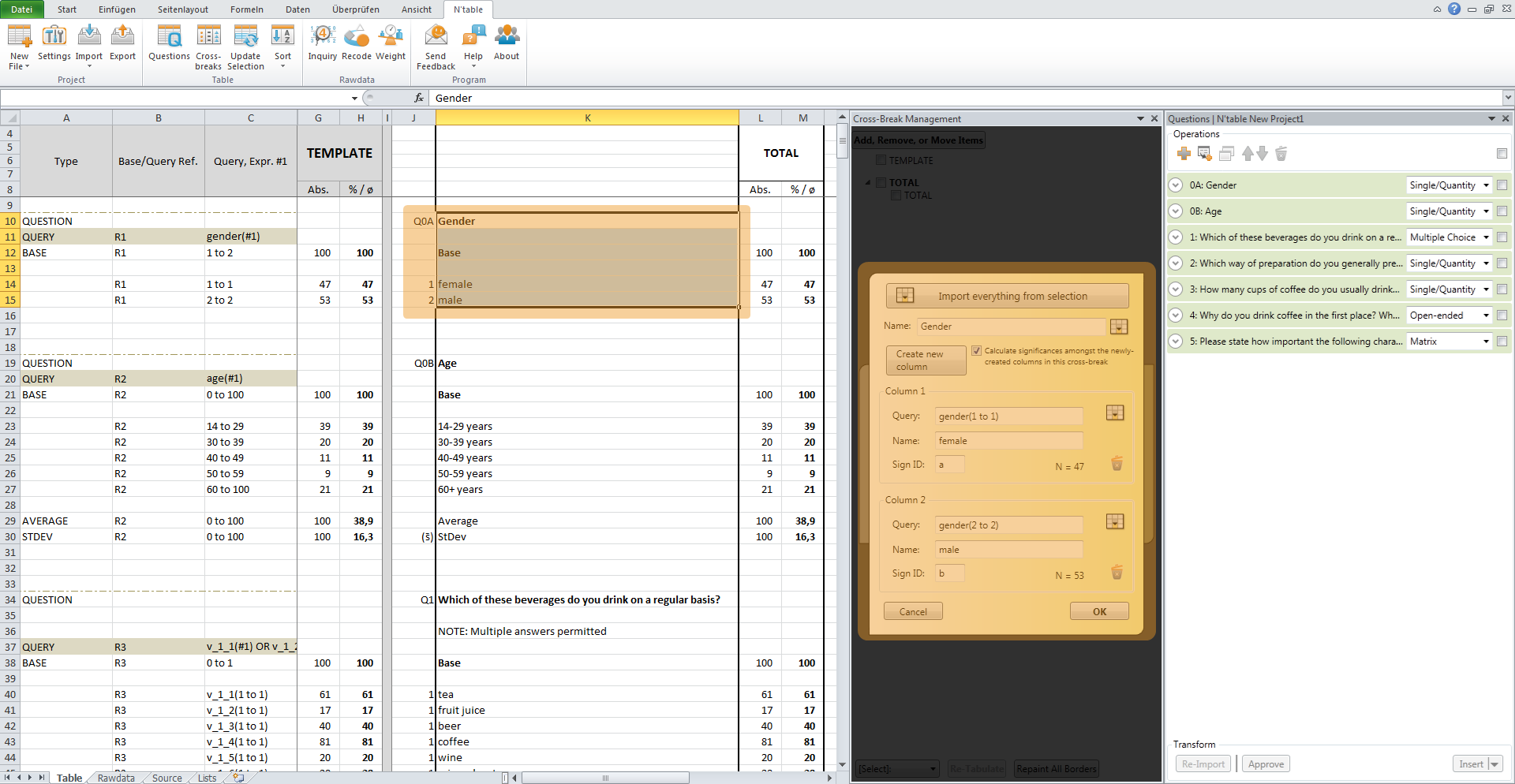 5. Hassle-free creation of a cross-break of any difficulty directly from a table or alternatively using syntax. Two-level cross-breaks are also possible. 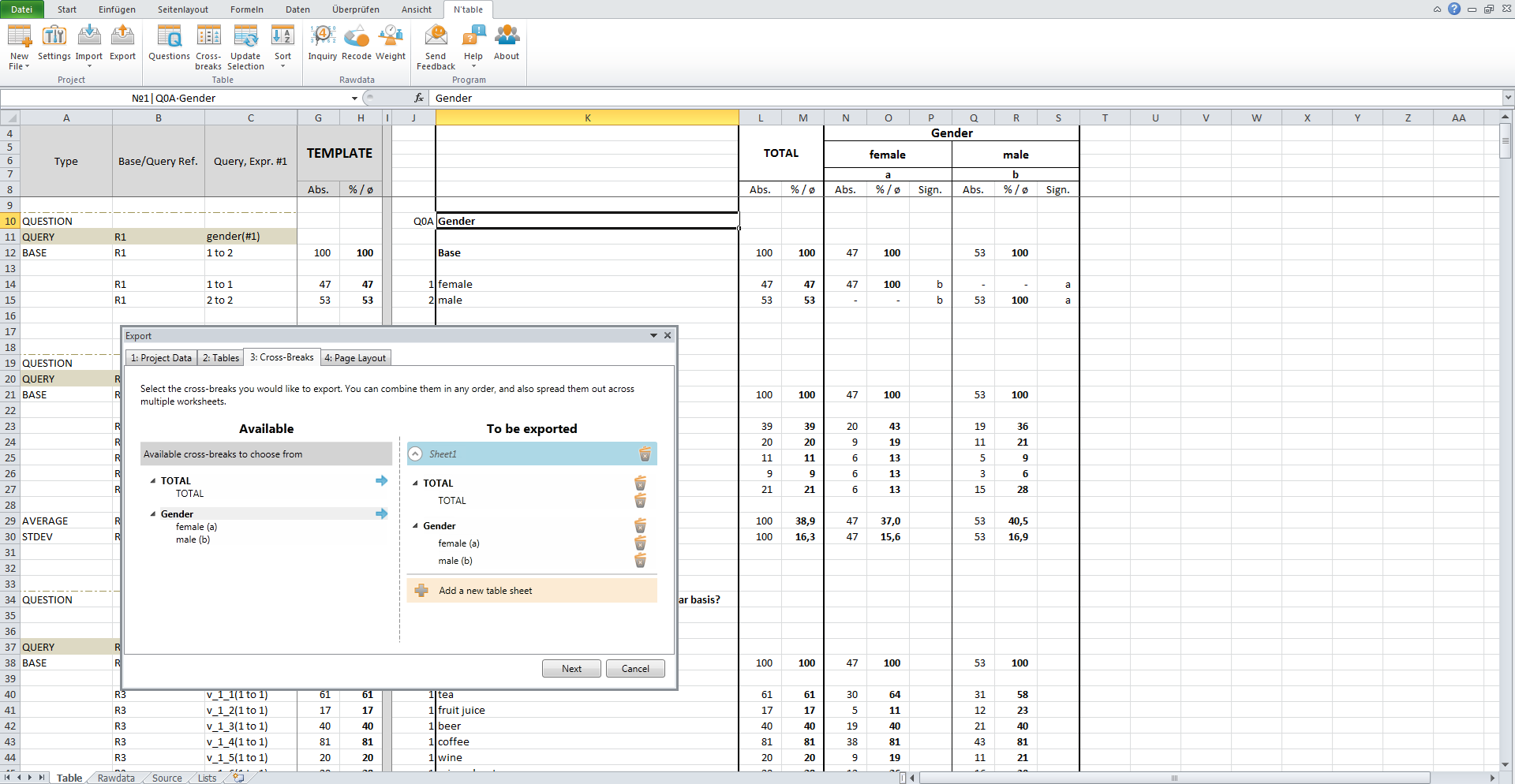 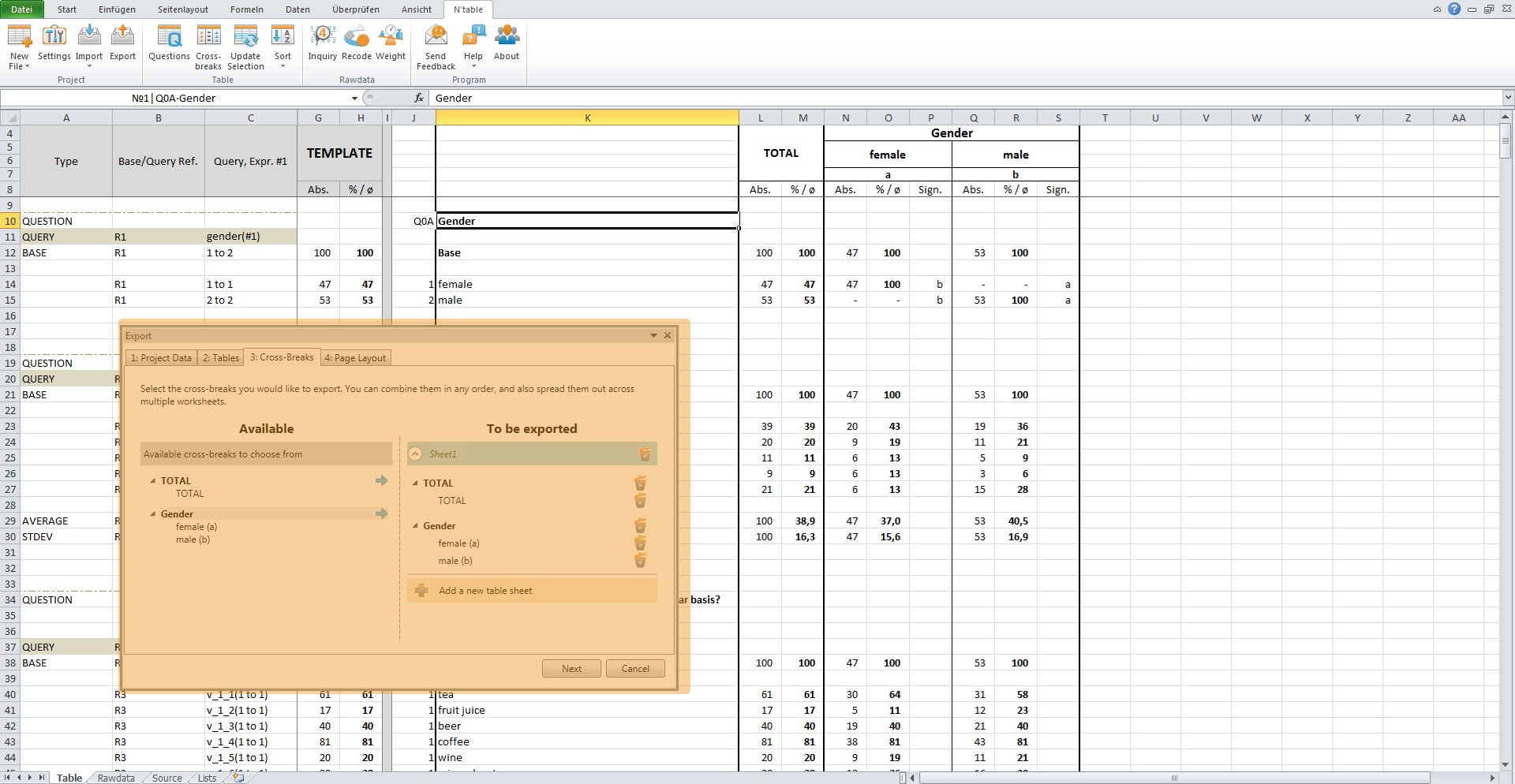 6. Our export wizard allows for any combination of cross-breaks in one or multiple Excel sheets. 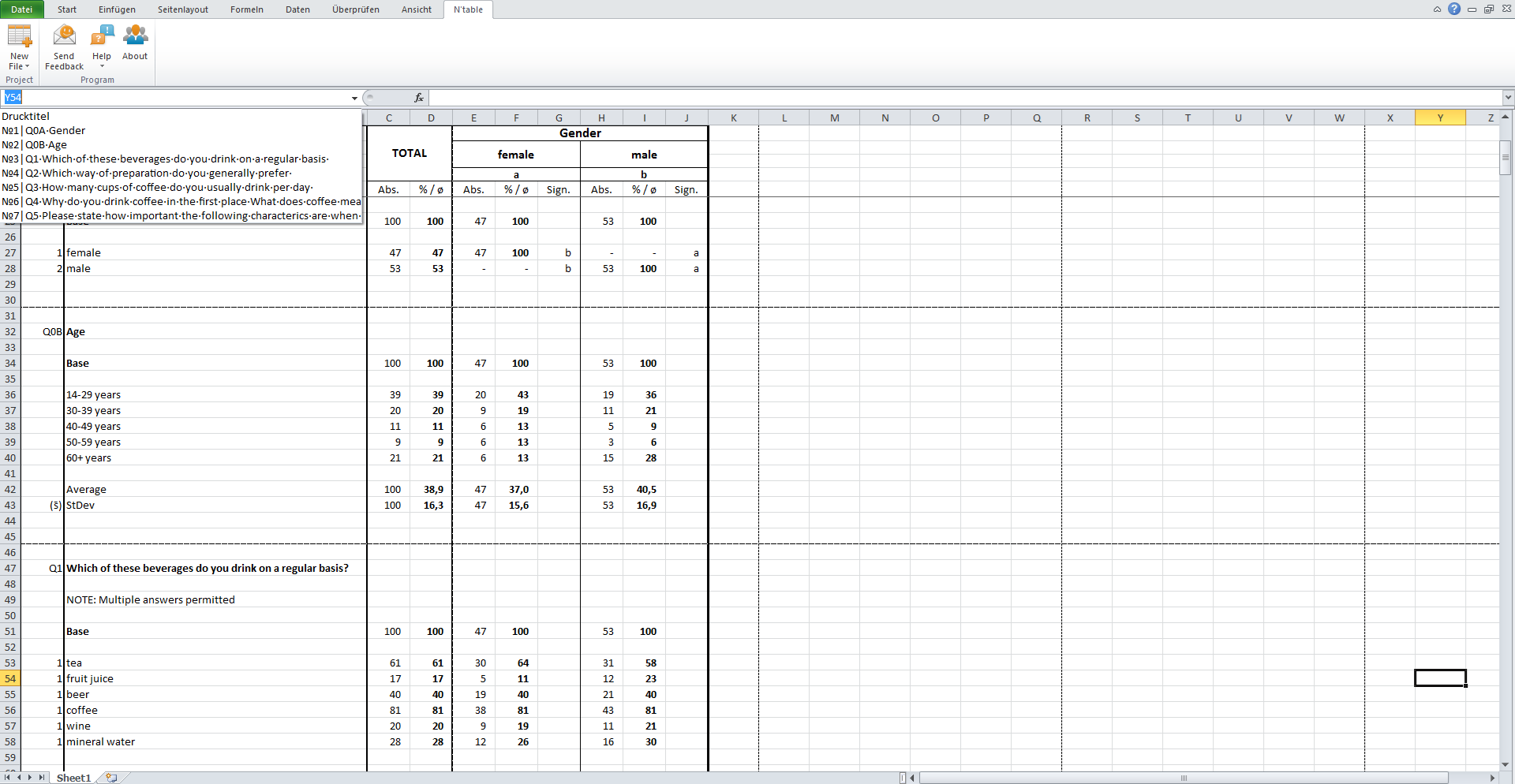 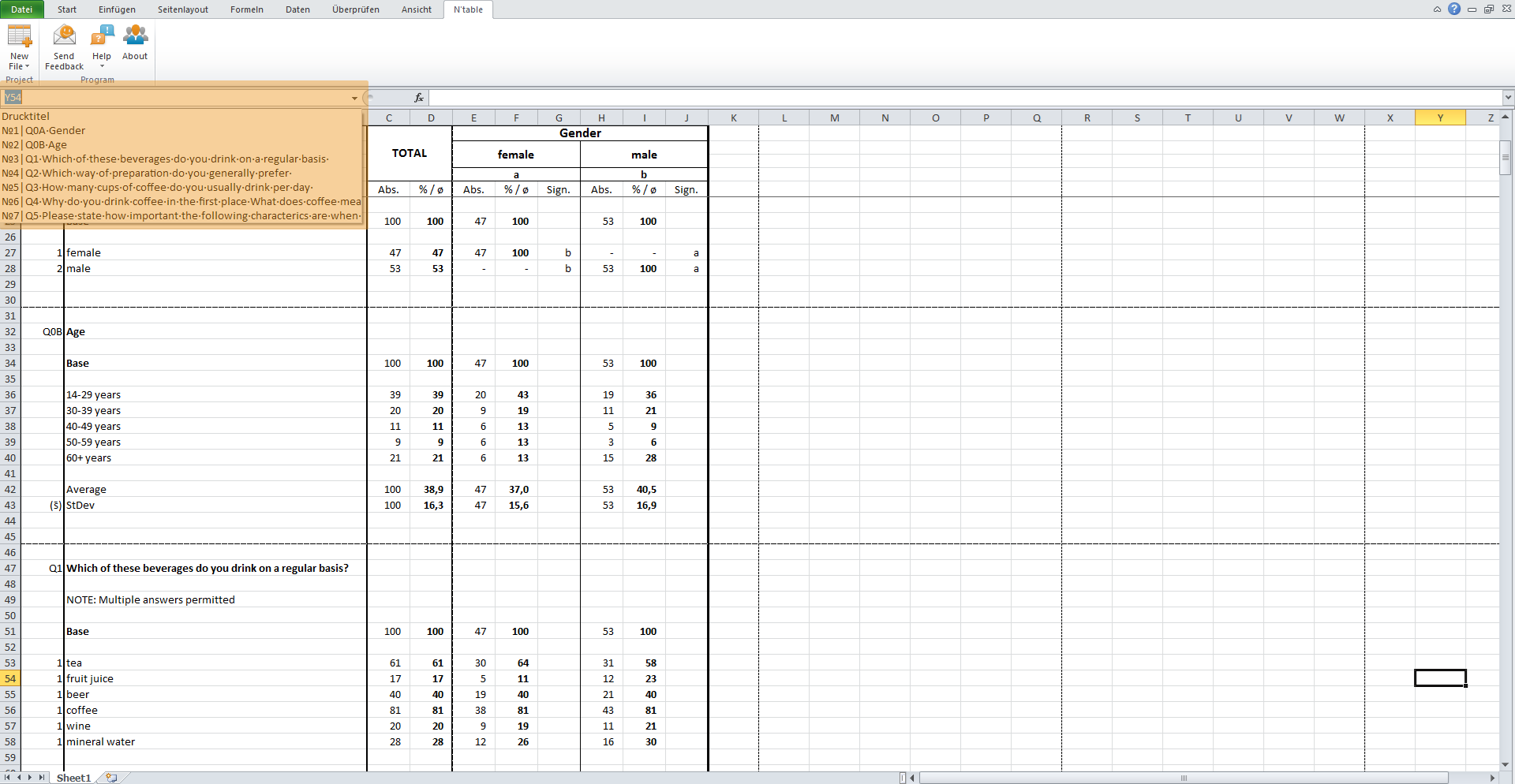 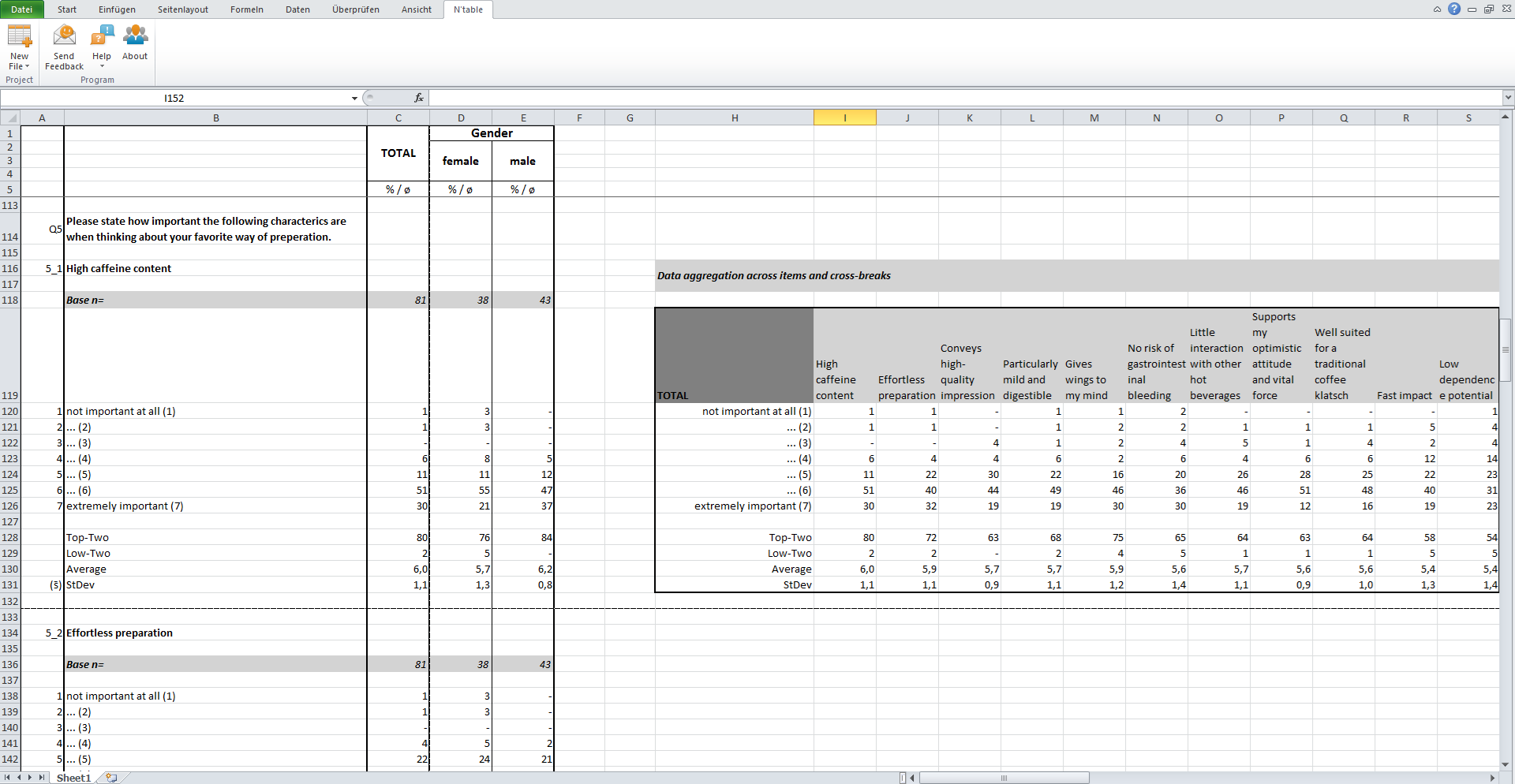 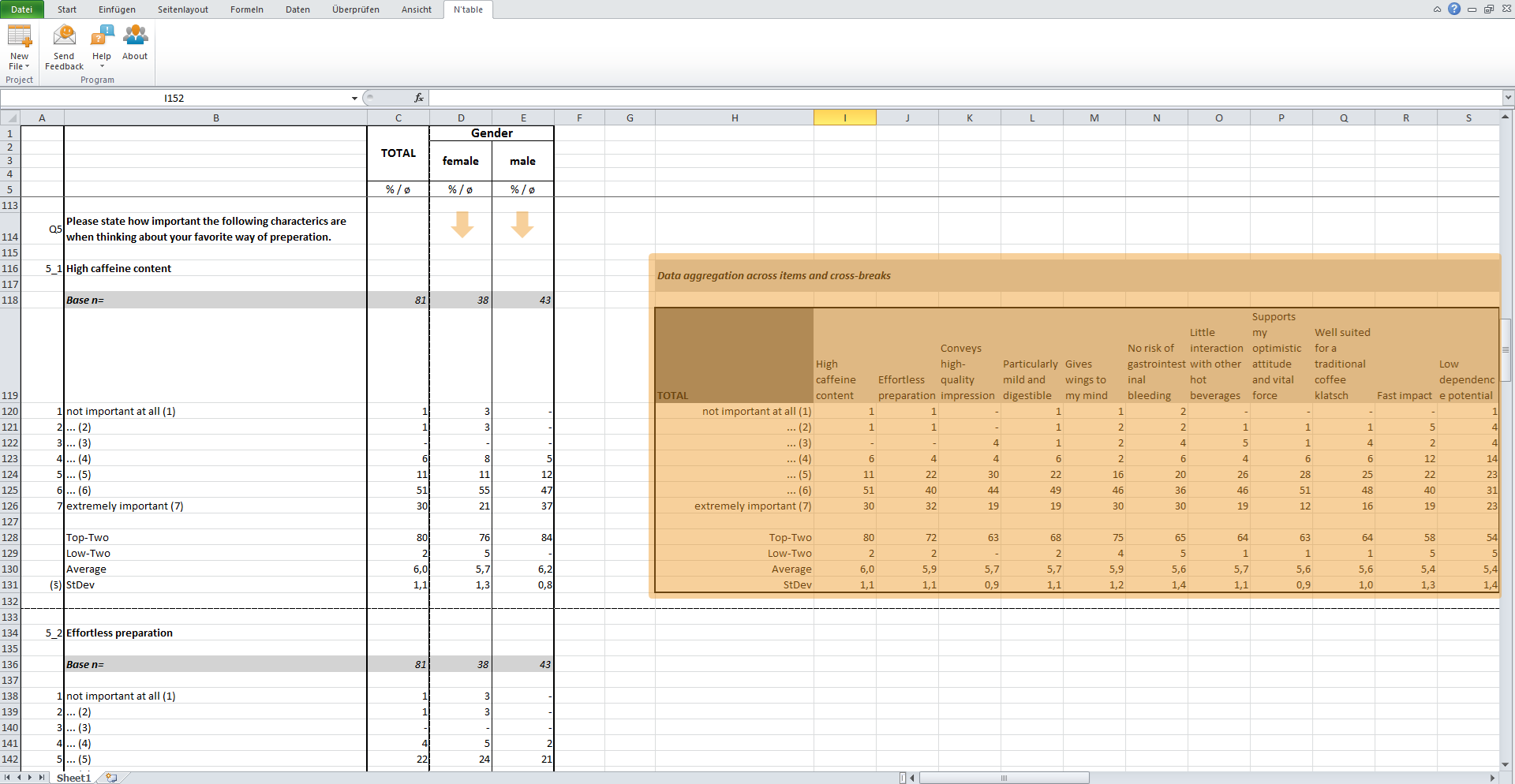 Our pricing is reasonable, and, as the sole provider on the market, we have unique offer: a short-time license for just a little money.*

Our services are trusted by reputable companies